Following the fall of the Soviet Union the Russian Navy has been significantly downsized, currently only a few new vessels have been added to the Russian Navy. This document will describe in brief these vessels and vessels under construction.

Remarks: Currently a submarine without a mission. The missile original slated to arm this class failed repeatedly during development and was scrapped in favor of a missile derived from the land based Topol-M missile named Bulava. During test this missile has had a roughly %50 success rate.

The Yury Dolgoruiy is currently undergoing sea trials and is expected to be commission soon. Russia has laid the keels for three more submarines of this class. 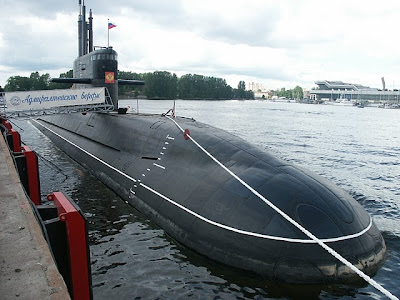 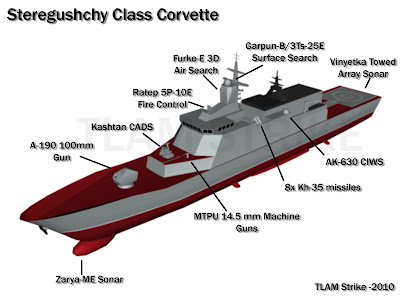 Notes: Steregushchy entered service in 2007, 5 additional ships are under construction. 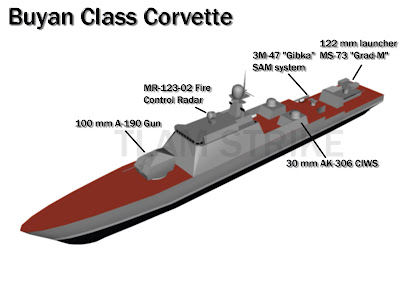 Remarks: Called a "Small Artillery Ship" by the Russians the first of these ships was assigned to the Caspian Sea Flotilla. Unusual is its A-215 Rocket Launcher, a coastal bombardment weapon indicating the ship is designed for the littoral environment. The first ship Astrakhan was commissioned in January of 2006, two more Kaspiysk and Mahachkala are under construction. Plans exist for a Project 21631 "Tornado" variant armed with guided surface-to-surface missiles. 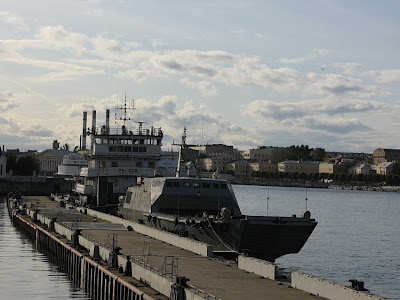 Weapons: Unknown may include 1 Arsenal 130mm Gun and CIWS.

Future Amphibious Assault Ship
Russia has expressed interest in operating four French Mistral class vessels. Two maybe built in France while the other two are built in Russia. Designs from Spain and South Korea are also said to be under consideration.