Sub Hunting on a Budget

The purpose of this article is to describe some of the lesser known fixed wing ASW aircraft in service today or in development. While the expensive Lockheed P-3 Orion currently dominates the field there are several other choices available. 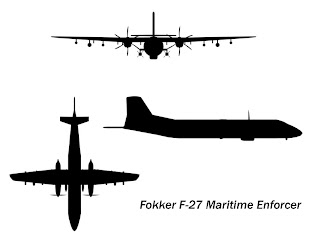 The Fokker F-27 Maritime Enforcer is a capable maritime patrol aircraft developed from the Fokker F-27 Friendship passenger aircraft; currently it is in service with 8 different nations: Angola, Finland, Iceland, Netherlands, Philippines, Singapore, Spain, and Thailand. TBC: Nigeria, Peru. The Maritime Enforcer is based on the earlier F-27 Maritime which is designed for basic naval reconnaissance and patrol duties, it lacks the Maritime Enforcer's antisubmarine equipment and is commonly used for fisheries protection, maritime law enforcement and search and rescue operations. 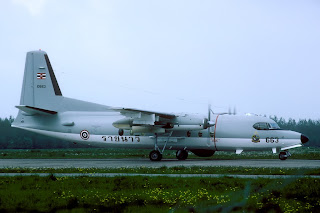 For target location a Littion APS 504 Surface Search Radar is provided and located under the forward fuselage, RSAF aircraft carry a AN/APS-134+ radar instead. Additionally a Bendix weather radar is installed in the nose. For submarine detection there is an inventory up to to 40 A Size sonobuoys or 120 smaller sonobuoys (or a combination there of). Sonobuoy analysis is provided by a AN/AQS-902 LAPADS processor. A Infra-Red Detection System system and a Teledyne Electronics MAD boom can also installed. 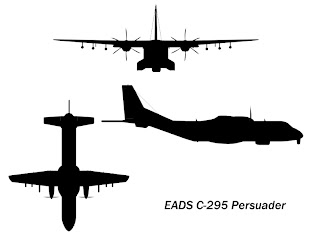 The EADS C-295 Persuader is a Spanish designed maritime patrol aircraft developed from the airframe of a military transport aircraft. This aircraft in different forms is operated by several nations; Persuaders are operated by the Chilean Navy, and the Portuguese Navy. Sales to Algeria and the UAE have fallen through.

C-295 Demonstrator
Photo: Airbus Military
These aircraft are commonly used for maritime surveillance duties but weapons packages can be installed including ASW equipment. The Chilean Navy is currently the only operator with their C-295s equipped for ASW duties, these aircraft have been fitted with a MAD boom, sonobuoys and torpedoes deployed from wing pylons.

For combat operations these aircraft are fitted with six under wing pylons. The two inner wing pylons can carry heavy anti-ship missiles (Such as the Harpoon or Exocet) in most versions of the aircraft the other four pylons can carry ASW weapons such as torpedoes or depth bombs in addition to basic air to ground rockets or bombs. The maximum payload weight for each pylon is as follows from outer to inner, 300kg, 500kg, and 800kg.

FITS station on C-295
Photo: Airbus Military
The aircraft's surface search radar is a Northrop Grumman AN/APN-241 system, the APN-214 can also be used for airborne detection and tracking and features a Inverse Synthetic Aperture capability allowing for improved target classification capabilities in all weather conditions, a FLIR and ESM systems are also installed. Defensive systems include a ALR-300V2B Radar Warning Receiver and the AN/ALE-47 countermeasures dispenser. The aircraft is also equipped with the CASA FITS (Fully Integrated Tactical System), the system can operate all on board or expendable sensors and is compatible with both the Link 11 and Link 16 datalinks. Side looking airborne radars with pollution control equipment or search and rescue gear including a steerable search light can also be fitted in place of combat systems.

The aircraft has an endurance on station of 11 hours and a range of 3,000 nm.