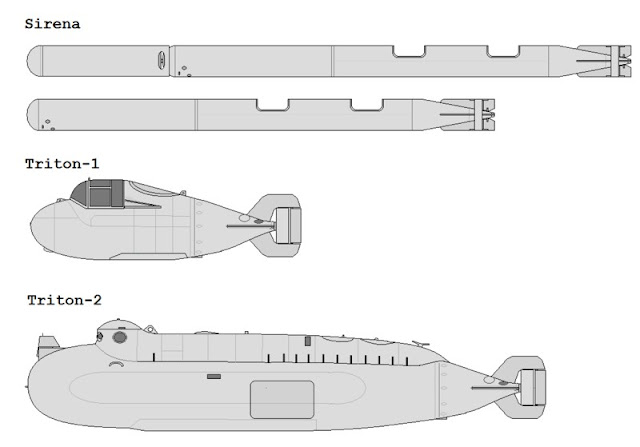 Triton
For Triton-1 and Triton-2, see below
The Russians experimented with a two-man chariot in late 1950s which appears heavily influenced by WWII Italian Maiale and British Chariots. Hull diameter was greater than a torpedo, but otherwise similar. The two crew sat in a single cut-out with shield at the front. There were hydroplanes both fore and aft.

Photo: http://www.atrinaflot.narod.ru/81_publications/2009_proton.htm
The type does not appear to have been entered operational service.
Sirena / Sirena-UME
Often referenced to the WW2 'Maiale' designs of 'Human Torpedo', the Sirena is not closely related except in so far as it is based on a WWII 533mm torpedo. The first Sirena tests models reused war-trophy German G-7E torpedoes but these proved problematic and Soviet motors were used on production units.
At least one early craft, probably a prototype using the G-7E torpedo aft section, had the crew sitting closer together facing opposite directions as per the British Chariot MkII. This configuration was not adopted in production models where both the crew faced forward. 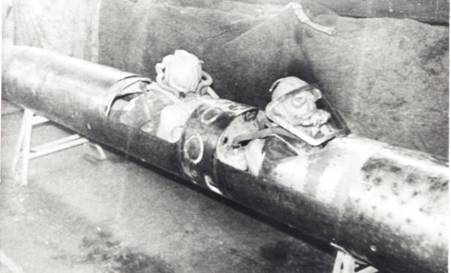 Photo: http://www.padelt-online.de/doc666/index1.html
The Sirena is in some respects a precursor for the latest SDVs trends in that it can be carried and deployed in the torpedo tubes of Submarines. Some Project 877EK/EKM Kilo class boats have been modified with rams to launch it through their tubes, or it can be carried externally by Piranha midget subs or boats.

Photos: TBC
Specifications:
L - 8.7m, 11.2m with storage container attached (some sources say L - 8.6m, 10.8m with container)
W - 0.53m
Speed - 2-4 kts
Depth - up to 40m
The crew sit inside the hull with just their upper bodies exposed, like the British Chariot Mk.II but both face forward.
The current version still in service is the Sirena-UME, which is the result of a 1972-76 upgrade to reduce noise. Similar upgrades were applied to the Proteus DPD. 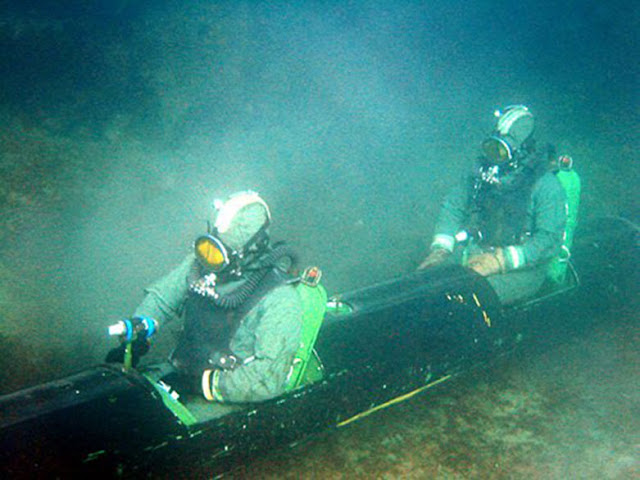 Following is a series of renderings of what a potential Sirena operation would be. The basic layout of such an operation can be considered a blueprint for any operations utilizing similar vehicles. 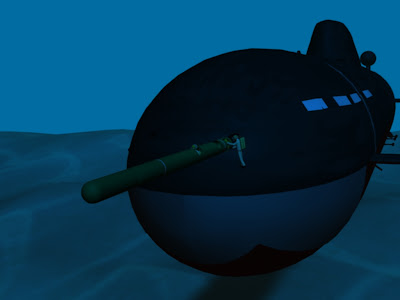 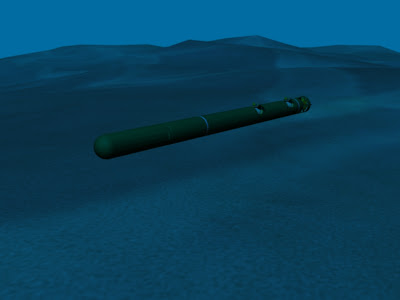 The two divers enter the sub and proceed to the target while the submarine remains clear of the area. 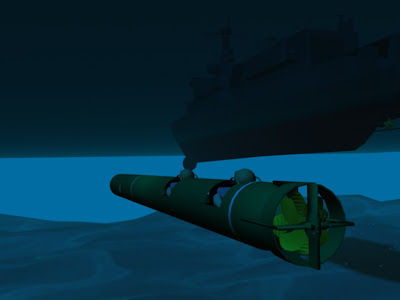 The divers approach their target in this case a NATO frigate resting at anchor. 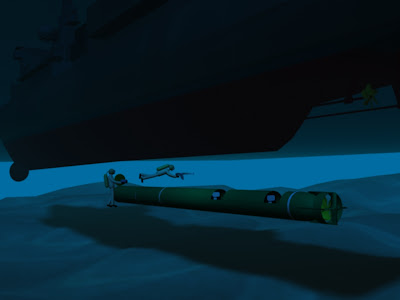 The divers retrieve their equipment from the storage compartment attached to the bow of the Sirena. In this case one diver is carrying a limpet mine and the other is carrying APS underwater rifle for self defense. 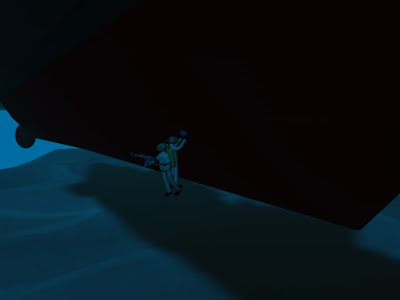 The divers attach limpet mines to vulnerable areas under the keel of the target, such area could be below the engine room or under weapon magazines. The mines would normally be set on a timer to detonate after the divers have returned to the submarine and left the area, mines could also be set to detonate if someone attempts to remove them. 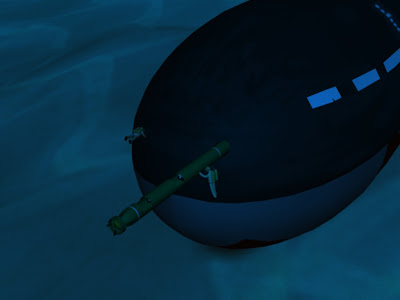 The divers return to the submarine using either GPS navigation or an acoustic homing device attached to the submarine. The divers load the Sirena back in to its torpedo tube and reenter the submarine.
Triton-1 (project 907)
A wet sub now likely all retired, the Triton-1 has a distinctive teardrop bull with the two crewman sitting side-by-side in an aircraft-style cockpit.
32 craft were built entering service between 1973 and 1980. 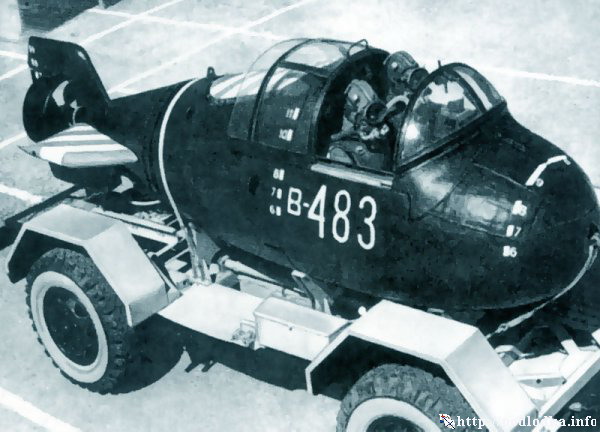 Photo: Podlodka.info
Specifications:
L - 5m
W - 1.4m
Speed - 6kts
The craft can rest on the sea bed for up to 10 days before being restarted for the homeward journey allowing great operational flexibility.
Triton-2 (project 908)
With some details closely resembling the Triton-1, the Triton-2 is a much larger craft. The submarine is not a 'dry sub' but does have a system to maintain a constant pressure within the submarine regardless of depth.
13 craft were built, entering service between 1975 and 1985.

Photo: Wikipedia
Specifications:
L - 9.5m
W - 1.5m
Crew: 6
Piranha (Project 865, NATO - Losos)
With two boats entering service in the the early 90s, the Piranha class were purpose built special operations craft. The post-Soviet Russian Navy did not see the need to operate dedicated craft and they were discarded in the early 2000's after attempts to sell them abroad were unsuccessful despite considerable interest in the design.

An interesting feature is the two tubular storage bins for SDVs / diver propulsion devises which give the craft a characteristic hump back. 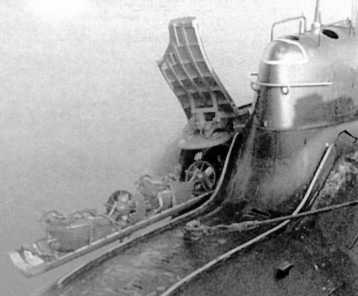 The starboard storage bin tray is seen with two Protei-5 diver propulsion devices. Photo: rcmodelsubmarines.co.uk
L - 28.2m
W - 4.8m
Displacement - 218 t surface, 319 t dived
Speed - 7 kts surfaced, ?? dived
Crew - 3 + 6
Marina
Not a military project, the Marina wet submarine is however inherently usable as an SDV. Based on the Sirena-UME (see above), the Marina has an altered crew arrangement allowing 3 crew. Large windshields protect the crew much like the Italian series of SDVs. The design is marketed for private/commercial applications. 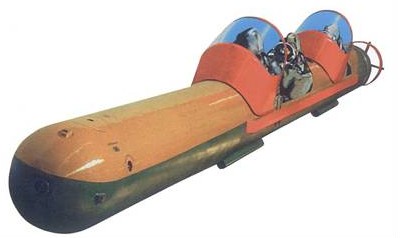 Proteus -1
Very similar to the VSON-55 in configuration, the Proteus was a significant all-round improvement better suited to special operations forces. Introduced in 1958.

Proteus -2
At the same time that Proteus-1 was produced, a back-mounted version was introduced. This configuration proved unpopular and Proteus-1 became the preferred layout.

COM-1
A more recent product, the COM-1 features an unusual layout with the diver laying ahead of the propulsion unit. The device features a windshield and can carry two divers although usual operation is for a single diver.

PLSM hydrofoil submarine - 1990s. Studies and models tested. Does not appear to have been built. 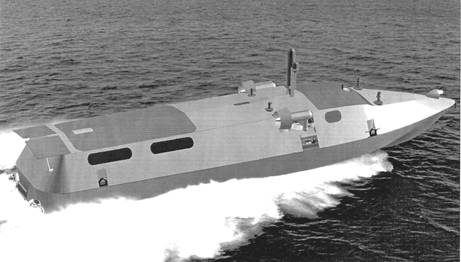