Collection of wet subs, midget subs and other infiltration craft developed in smaller navies, or countries with few designs in this field.

The Kendaraan Tempur Bawah Air (KTBA) series of indigenous wet subs have recently entered service after experimentation and testing. Early models, -I and -II, are twin seat affairs with externally mounted diver propulsion devices. The larger -III and -IV versions have twin in-built propulsors on the rear hydroplane and can carry 3-4 combat divers at 3-4kts submerged. All designs are easily recognised by the distinctive bow fairing with shark-gills and upright windscreen (often without glass). Materials are predominantly fibreglass. 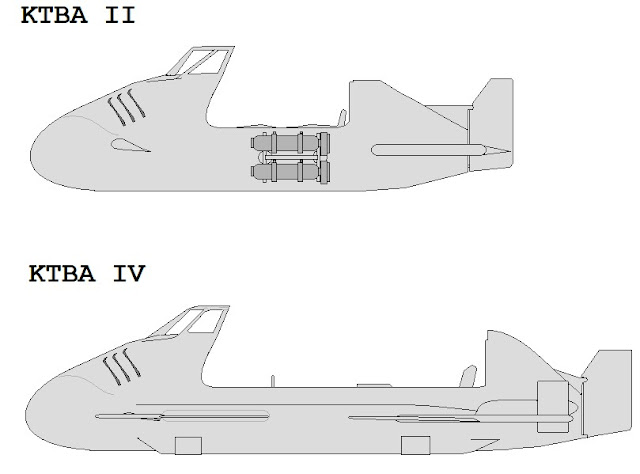 The KTBA series have been tested operating in conjunction with the Indonesian Navy's Type 209 submarines (Cakra class). 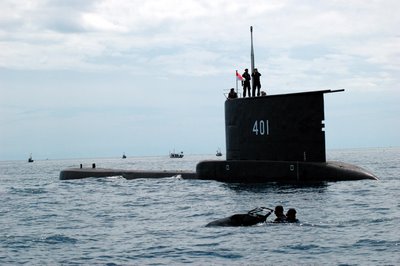 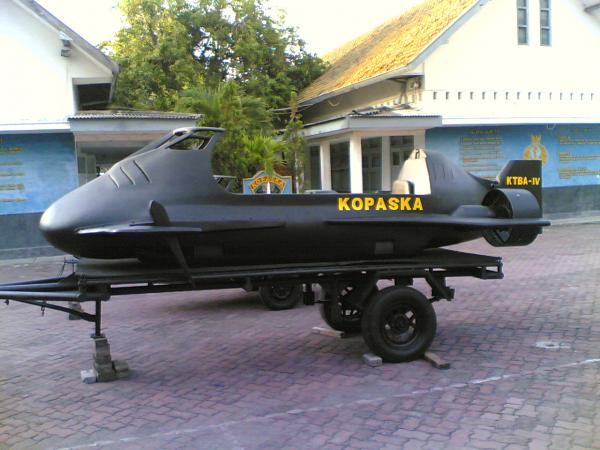 The crew are fully enclosed under sliding canopies, and are aided by Sonar, GPS etc. Batteries are stored in side pouches and the system is propelled by a single shrouded propeller.

The Class 6 and 8 versions are reported to have a diesel engine for surface running at up to 20kts, and a retractable periscope/sensor mast.
There are reports of this craft being exported to Taiwan.

Class 5 type. Photo via picasaweb.google.com
Posted by LZ at 8:43 PM