Slow torpedo type SLC (Maiale)
First developed in 1935 the SLC became famous as the 'Pig' ("Maiale") human torpedo carrying out several successful attacks on Allied shipping in the Mediterranean. The effectiveness of these tactics led the British to copy the design, developing the Chariot (see separate post)

The craft consisted of a 533mm (21') electric torpedo with crewmen sitting astride it. The fairings contained tanks and extra oxygen, and the crew wore basic dry suites. The attack mode was to come close to the target port by submarine or larger ship. Maximum range for the Pig was 15 miles so the start point would likely have been within 7km of the target. For maximum surprise attacks were timed for moonless nights and efforts were made to eliminate bubbles from the divers. The warhead was mounted in the nose and was detached under the keel of the target. Some versions carried a twin charge.
The craft was employed by Italy's famous X-MAS combat diver unit, widely seen as the forerunner of all modern combat diving special forces (SBS, SEAL/UDT etc). The Pig is truly the grandfather of most modern wet-subs.

Slow torpedo type SSB
Follow on from SLC, the SSB never saw combat arriving too late, but was operational on both sides during the period. The crew sat semi-enclosed in a better faired cockpit.

A note about Cos.Mo.S Spa ('Cosmos')
Cosmos is probably the most famous military wet-sub / midget sub manufacturer in the world. The firm originated in the 1950s when an ex-X-MAS member (WWII Italian navy special forces), Ing. Pucciarini started to build wet subs for civilian and military use.

Despite Cosmos' fame it is quite difficult for amateur researchers (like us!) to put an authoritative timeline of version history together. The company was generous with sales material but secretive about customers and had several reported orders turn sour for one reason or another, resulting in much misreporting of operators. Added to this many of its customers received extensive upgrades to their vehicles, both by the manufacturer and as local modifications. Therefore two vehicles with the same version designation but operating with different countries may look quite different, and two vehicles of different models but different state of upgrade can look virtually  identical.


Amid the secretive and misreported sales history of the company it's common for the sales record of Cosmos to be somewhat overestimated. It's said that they produced several hundred vehicles, which is almost certainly incorrect. We are slowly piecing together the operators inventory - if you have additional information please do not hesitate to contact us via the comments top this post.
In the mid-1980s Ing Pucciarini sought retirement and the firm was eventually sold to infamous Chilean arms dealer Carlos Cardoen. In the late 1980s Cosmos had been negotiating a substantial sale of subs to Iraq. With the end of the Iran-Iraq war this stalled, made further difficult for Saddam Hussein's rapid fall-out with the West and Gulf War 1. Cardoen was not deterred and the deal morphed into the infamous "Oil-for-Food Program " scandal. Unbelievably Cosmos was trying to secretly supply Saddam Hussein with midget subs. Eventually in the early 2000's the Italian Government closed the company down. Some of their unsold craft which were on-hand at the time 'disappeared' - operator unknown.

The company's reputation has been soiled, but the reputation of their vehicles has not. They are generally speaking very well designed, simple to operate and maintain, and most of all fit for purpose. There are very popular among operators. The unsavoury demise of Cosmos has however opened the way for a number of new small/wet-sub manufacturers to fill the void, with significant new players in South Korea, UAE, Sweden and Indonesia springing to mind.

Ippocampo (Sea Horse)
The Sea Horse was the first of a family of wet-subs which were the predominant designs of this type during the cold war - the CE2F family (see below). The Sea Horse predates the formal establishment of the company, having been built and tested in 1950/51.

Pucciarini wanted to market SLCs (as they were then known, SDV in current terminology), as tourist and sports vehicles. The design was based somewhat on the SSB design concepts but without a warhead nose. Overall the craft was much shorter than the SSB with a relatively larger portion of the hull dedicated to crew accommodation. Unlike the SSB and equivalent British Chariot Mk.II which attempted to minimise the size of the crew compartment, the Sea Horse had a large open cockpit for easy access.

In an unlikely move Pucciarini employed a small petrol (/oil) engine rather than a electric motor to reduce operating costs. This did however pose operational complexity requiring an air hose to supply the engine. This used a buoy to both mark the subs position and keep the inlet above water. This arrangement made the craft unsuitable for clandestine military operation. 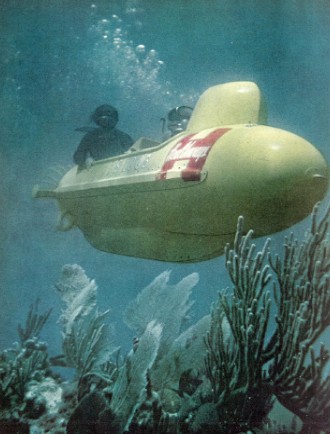 Healthways Seahorse-II. Photo Life
In generall the gas powered craft were known as Seahorse and the electric ones as Seahorse-II although both names appear to have been applied as generic terms rather than to specific models. One version appears to have been marketed as "Sea Shark".

Cos.Mo.S.  Seahorse-II (military)
The USN SEALs/UDT purchased several Seahorses from Cosmos, and possibly from Healthways. These were generally similar to the civilian models although they underwent various modifications, both local and manufacturer led. Records on these craft are sparse - see separate post on US SDV (Swimmer Delivery vehicle) history (**WIP**).

Cos.Mo.S. TRASS-III
An enlarged Seahorse-II capable of carrying up to four divers. Used by USN SEALs for training. Some onward-supplied to Pakistan where they were operated alongside CE2F type. (**WIP**).

Cos.Mo.S. CTF2
Training version of CE2F (see below), this type was only operated by Taiwan with 2 units sold (some sources say 8 but that includes the CE2Fs, see below). Now retired. The craft used an oil (petrol?) engine fed with air via a folding snort mast with ball-valve. This arrangement made it cheap to operate but unsuited to combat operations where the mast limited depth and compromised stealth. 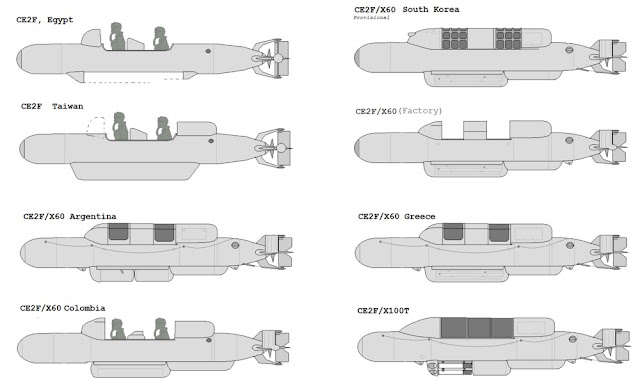 Armament consisting of limpet mines, charges or even small 'micro-torpedoes' is carried in a belly-pan beneath the cockpit. The /X100T version was the most advanced type marketed showing the final evolution of the design. 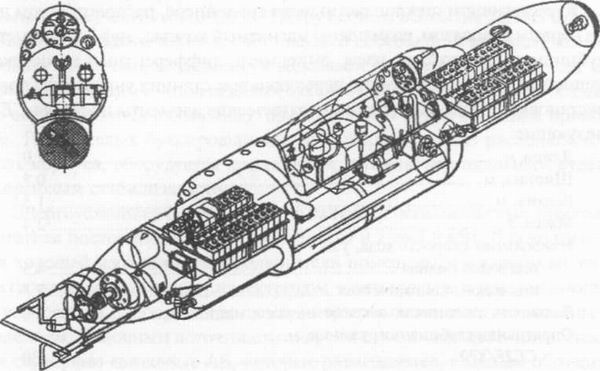 Although Cos.Mo.S no longer produce subs, the design has influenced several manufacturers, notably South Korea's Vogo whose SDV-300 and SDV-340 designs are somewhat similar in appearance.


Unbuilt designs for four and 6 divers. The CE2F could carry three divers but standard load is just two as per the WW2 Maiale.
Maritalia 3GST9 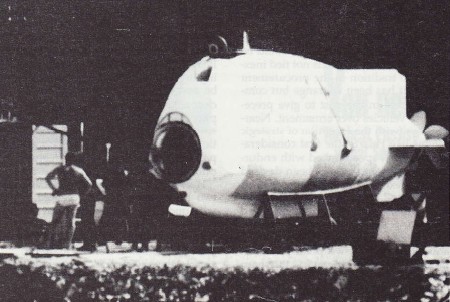