Entering service in 1990, the Spiggen-II boat is among the most sophisticated midget submarines in military service. Primarily she is used as a training aid in ASW exercises, simulating an enemy submarine. 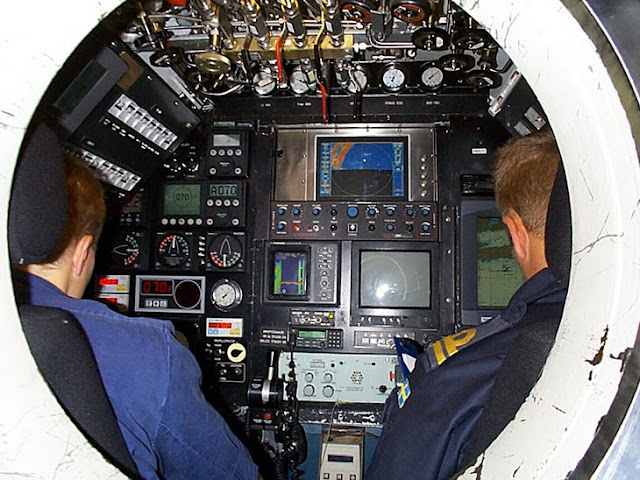 The internal arrangement has a large lock-out chamber amidships immediately below and inside the sail with the exit hatch on top of the sail. The boat is controlled from a two-crew 'cockpit' ahead of this, and the engine room to the stern. No torpedoes are carried but in wartime the craft could be used for sabotage or reconnaissance missions. Endurance is an impressive 14 days.

Sea Dagger
L - 16 - 20m depending on configuration
Kockums follow-on from the Spiggen, the Sea Dagger is a drawing board concept for a modular midget submarine series which, by 'swapping out' the core section, can be configured in various roles:
1) Attack sub armed with two lightweight torpedoes or mines
2) Swimmer delivery vehicle (Autonomous SDV)
3) Surveillance sub
4) Training (/target) sub
Although not unique for a midget submarine, the Sea Dagger is distinctive in appearance because it lacks the familiar sail. 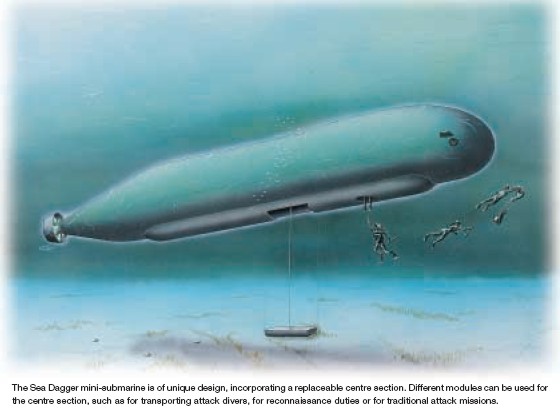 DCE Torpedo SEAL
L - 2.5m (1 man), 3.4m (2 man)
Following the latest trend in wet subs ('chariots') the Swedish 'Torpedo SEAL' is designed to fit into a regular 533mm torpedo tube to allow easy deployment from minimally modified submarines. At least two chariots can be carried in a single torpedo tube. The system is still under testing. The two man version appears to be telescopic. Some versions have hinging doors which semi-enclose the crew, who crouch almost prone.
DCE have an excellent website: http://www.theseal.se/products

Photos: DCE
SEAL Carrier
A sophisticated submersible boat, this design bears some resemblance to the SSK-96 Subscimmer. The craft is however significantly larger and high-tech. The main design, in service with the Attackdykarna (attack divers, SF equiv of SEALs/SBS) of Swedish military, is the SEAL SDV (Swimmer Delivery Vehicle) which can transport 6 combat frogmen. The crew of two sit in the forward position and have an airliner-style glass cockpit.
On the surface the craft can achieve 30kts. It takes on ballast in large tanks mounted in the forward section and deflates the skirt submerge. The craft can also run awash like semi-subs with just the top of the boat above water. In this configuration wake is very small. Large upward canted hydroplanes also mount small outboard electric motors. 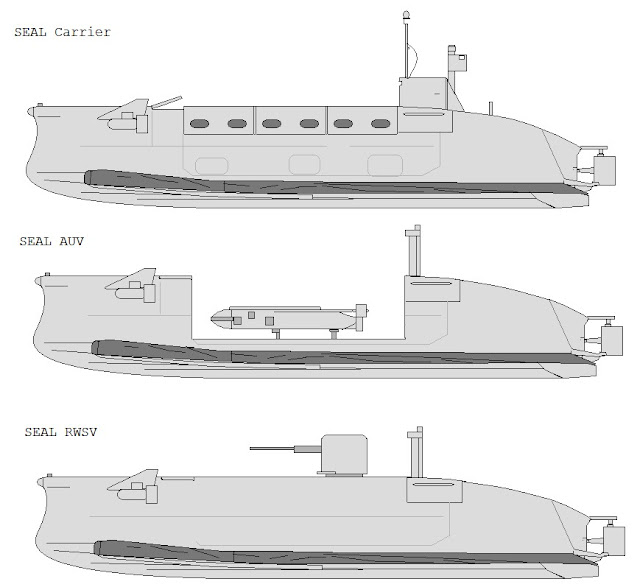 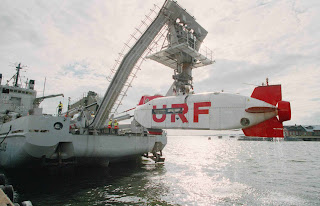 This submarine is built by Kockums for the Swedish Navy. It is designed to rescue the crews of downed submarines up to depths of 460 meters. It is operated by three personnel and can rescue up to 35 submariners at one time. It is equipped with a four bladed shrouded propeller for forward movement at up to three knots and thrusters for station keeping and maneuvering, submerged endurance is 85 hours. It is operated from the Swedish Navy vessel HMS Belos. HMS Belos features a decompression chamber directly accessible from the URF when it is docked aboard. HMS Belos can also operate the British LR5 Rescue Sub. In addition to transport by sea it can be transported by road. 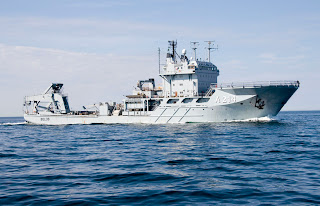