Download an Google Earth Placemarks file containing lots of DPRK subs HERE
Reproduced and expanded with permission of another blogger who closed his site. 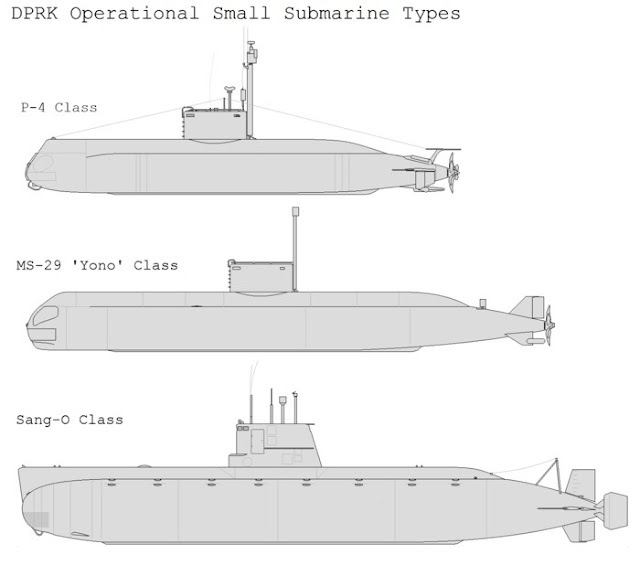 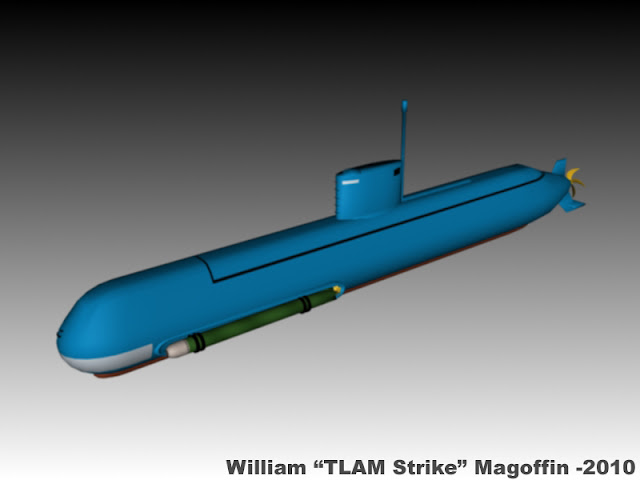 Lee describes it as a modified Yugo class. The displacement is significantly greater than the basic Yugo class, and represents an enlarged P-4 class boat with other modifications. The export version is known as IS-120 which has been exported to Iran.

The externally mounted torpedoes are described by the former DPRK submariner. Older variants of Yugo boat with externally mounted torpedoes were already known, so there may be some mix-up in translation. Lee cites quite launch, whereby the torpedo 'swims' away under its own power rather than being forcible ejected from the torpedo tube (which is noisy and may alert the target to the launch) as the motive for this arrangement. This is plausible of course and is not unique among small submarines. The disadvantages of course are performance and weapons maintenance.

It should be noted that the previously captured 'P-4' boat clearly had design adaptions for two internally mounted torpedo tubes, and the IS-120 'Ghadir' class operated by Iran also has internally mounted tubes.
Careful inspection of available images shows slight differences from exported IS-120 submarines in service with Iran. The two submarines are however closely related and the IS-120 can be viewed as an export model of MS-29 and may reflect later model Yonos in DPRK service.

It therefore seems probable that there are two or three sub-versions:
a) with twin internal tubes as per export boats
b) without tubes, equipped with diver lock-out
c) with external tubes. Possibly fitted to infiltration version (b) above

A generic name for early midget submarines based on Yugoslavian plans supplied in 1965. 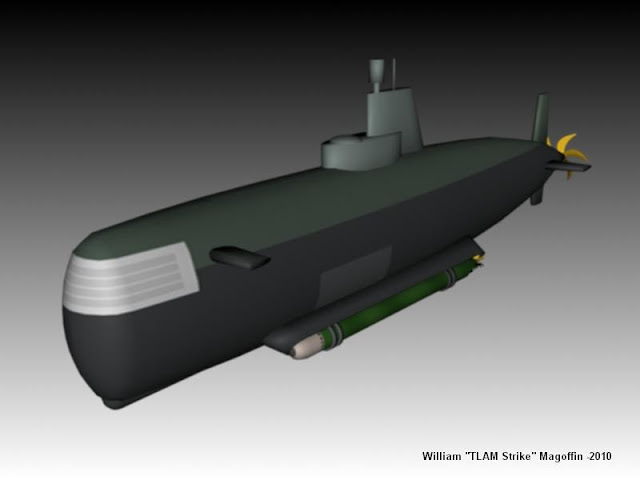 Yugo class with externally carried torpedoes
The Yugo boats have room for 4-6 infiltrators and can carry torpedoes or mines for the attack role. They are relatively short ranged though so for infiltration (or attack in wartime) operations in the far south, off Japan or further away, they require transportation and launch from a mother ship. 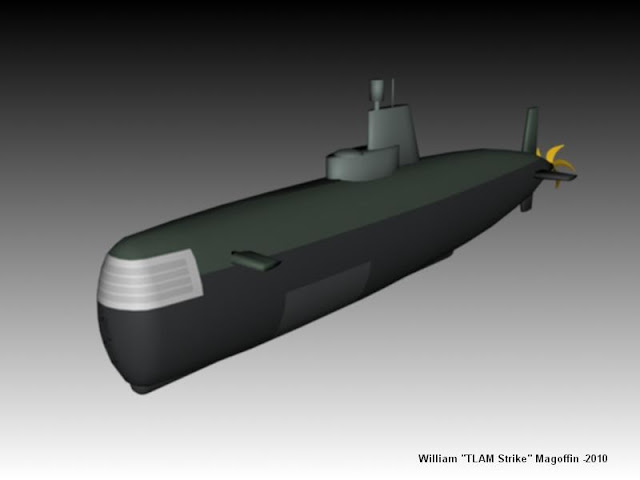 The ships were built at Yukdaeso-ri shipyard on the west coast from the late 1960s through to the early 1980s at which time they were superseded by the generally more capable Sang-O type. Contrary to some sources, the North Korean Yugo submarine was not very similar to Yugoslavian operated midget submarines such as the impressive Velebit type.

41m Boat
In the early 1980s North Korea developed a much larger coastal submarine known, rather imaginatively, as the “41m boat”. No prizes for guessing the length of this submarine. It is not clear exactly what the boat looked like except that its sail is not unlike the Yugo’s in profile and that it was not a “teardrop” hull. The type does not appear to have been successful and only one is reported and it is unlikely to still be operable.

Developed as a much improved follow-on to the Yugo type, the Sang-O is well known because one was captured by the South during a botched infiltration mission in September 1997. The Sang-O is much larger and longer ranged than its predecessor. Some boats have the torpedo tubes replaced by a passenger space and diver swim-out door for infiltration and sabotage missions. The 1500nm range is useful enough to allow the boats to operate without a mother ship in most cases making them much less susceptible to detection. Hypothetically these subs could be modified to carry anti-ship missiles or Shkval rocket-torpedoes but neither capabilities are reported.

An improved "Yugo" midget submarine design, the P-4 is smaller than the Sang-O but also seemingly more advanced. It features an unusual co-axle twin propeller consisting of a large skewed propeller and a much smaller conventional propeller; this arrangement is believed to be an attempt to reduce the submarine’s noise signature.

An example of this type of submarine was captured during an infiltration mission in 1998 and subsequently put into service with the South Korean Navy emphasizing the build quality of the boat. It was recently taken out of service and put on public display at the war memorial. Interestingly the sensors of the captured boat, including the sonar, were of Japanese origin.

IS-120 'Ghadir'
IS-120 is the export designation of the MS-29 Yono. The only country thought to operate it is Iran, who has at least 4 in service and is locally producing it. As per other DPRK submarine types Yono is a family of submarines with many differences, some slight and some more obvious, between models. Iranian IS-120s are widely photographed and filmed thus giving the best open source insight to date on the Yono class.

In simple terms the Iranian IS-120s are an MS-29 boat with additional sonars and a mast sensor/communications fit very similar to the captured P-4 type. 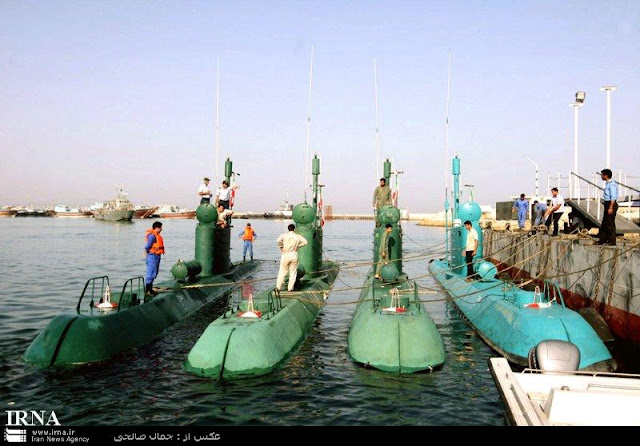 Delfin
Appears to be a variation of the Yugo type, this mystery submarine is in service with Cuba. Very little is known of its operational service, numbers or details. Reports also suggest that it is related to the Sang-O class but this seems improbable given its external appearance and other factors of descriptions. May be constructed in Cuba. Artist's impression based on the Yugo form:

A lead provided by Lee Kwang Soo is that some Cubans have inspected North Korean submarines and may have purchased some in 1990s. This ties with the 'mystery' Cuban midget submarine photographed in Havana and previously included in Fortress Cuba

The sub is quite different from other DPRK submarine designs such as P-4 and Sang-O but may be another unreported type.

2 P-4 type midget subs supplied in 1997 and are operated by submarine unit M96. The deal included 16 torpedoes, 282 batteries and 8 mines. Although the torpedo type is not reported they are known to be of 1960s Soviet type, probably Type 53-56.

It is likely that the exact model is very close to DPRK-service P-4 although they are generally (not widely, their existance is not well known) referred to as "Yugos", a reference to the original Yugos which would have been second-hand at this time - as a rule DPRK exports new submarines. Some observers misidentify them Sang-O in Vietnamese service. The P-4 is substantially smaller than the Sang-O. 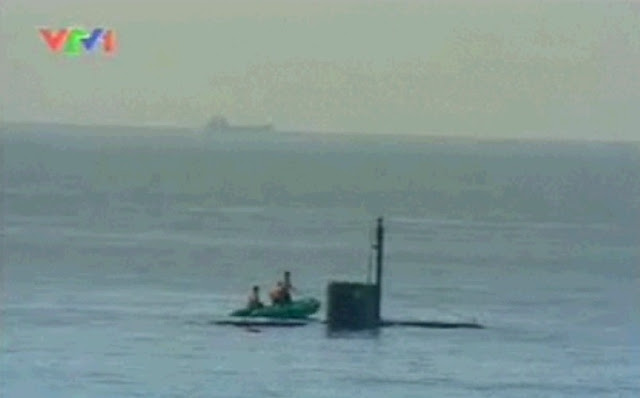 Video still of P-4 on Vietnamese TV (via Vietnamese internet community)
Not all of the equipment sold (torpedoes, batteries, mines) was new and Vietnam had to replace it with Russian source units. Google Earth imagery suggests 20-25m design rather than larger but otherwise similar Yono/IS-120 type: 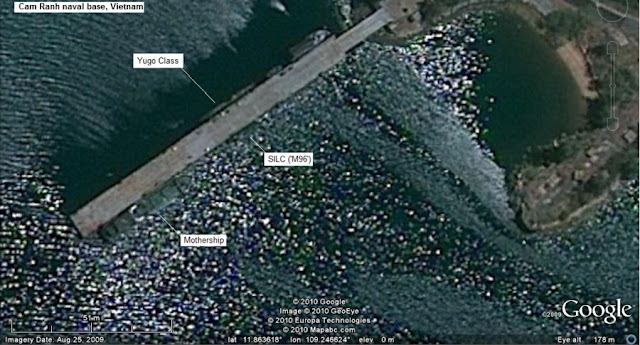